Rum brand Bacardi has announced the launch of a fashion collection that rewards fans with gig money for promoting up-and-coming musical artists.

The liquor brand has teamed up with streetwear designer Nahmias and Grammy-winning music producer Boi-1da on its latest project.

Thanks to this collaboration, Bacardi aims to promote underrepresented voices in the music industry. QR codes on clothing designs direct anyone who takes a photo of them to an up-and-coming artist’s album.

The gender-neutral four-piece capsule collection made its runway debut at Nahmias’ Spring/Summer 2023 show during Paris Men’s Fashion Week, where members of the public were invited to scan the QR-coded garments on the podium.

The launch of the “portable album” is part of the fourth iteration of Bacardi’s Music Liberates Music campaign, which aims to give a platform to emerging artists and connect new musicians with established mentors.

“It’s been a pleasure to partner with a heritage brand like Bacardi that is so dedicated to uplifting others in the music industry, along with Boi-1da, a longtime friend of mine,” said nahmias founder and fashion designer, Doni Nahmias.

“As a newcomer to my own industry, I was thrilled to be part of the latest iteration of Music Liberates Music and had a lot of fun combining my signature aesthetic with Bacardi’s tropical vibes to bring this collection and technology QR. component of life. 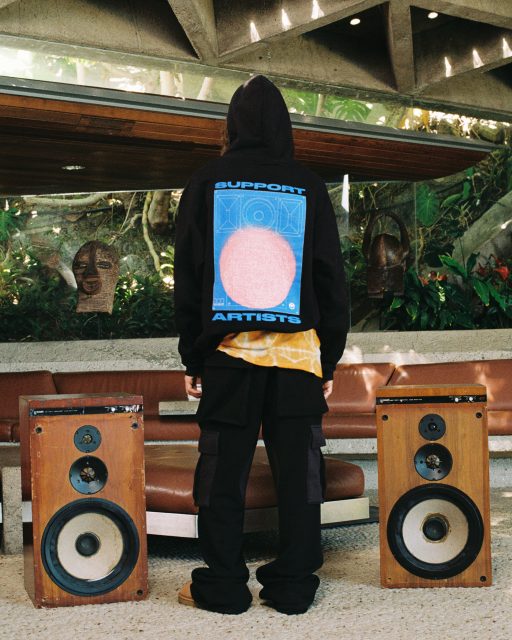 Laila Mignoni, Global Head of Brand Marketing Communications for Bacardi, said of the new fashion collection, “This is the fourth time we’ve brought Music Liberates Music back to fans, but this time we’re expanding globally with the most innovative iteration of the program to date.

“Not only does this year’s program help emerging artists expand the reach of their fan base, it marks a first for Bacardi by collaborating with a talented fashion designer like Doni Nahmias to help spread the artist’s work. via portable album. We are thrilled to have Boi-1da on board for the second time.