Spotify is adding a bunch of new features to its Soundtrap online music studio. The DAW (digital audio workstation) platform is gaining live collaboration support, allowing artists to collaborate live with their faraway friends. The platform also benefits from auto-save and commenting features.

Live Collaboration on Soundtrap is currently in beta and requires users to manually register for it. Once enabled, two or more artists can work remotely on the same project in real time. Whether you’re creating a new piece of music or a podcast, you can ask your friends for their valuable advice. Any changes made to the project will be effective for everyone immediately. Of course, your friends will also need to manually enable the live collaboration feature before they can work with you.

With auto-save, artists no longer have to worry about manually saving changes made by any team member. This feature was long overdue on Soundtrap. Luckily, Spotify is adding it now. Autosave is also an optional beta feature. So for now, you’ll have to manually enable it before changes start saving automatically. The music streaming giant says both of these features will be available on the stable channel later this year.

Comments are now available to everyone. Artists can now leave notes on different parts of the track to guide remote collaborators. According to TechCrunch, which first reported the new Soundtrap features, comments work the same way as Google Docs.

Spotify acquired Soundtrap in November 2017. The company has since added several features to the DAW platform. In May 2019, the platform acquired a cloud-based podcast studio called Soundtrap for Storytellers. It followed with Collaborative Voice Notes for Songwriters in October 2020. Spotify also launched a Soundtrap-powered music player box in online platformer Roblox earlier this year.

All of these features have made Soundtrap one of the best DAWs out there. But it still lacked some features offered by some of its competitors. Soundation, for example, has had a live online collaboration feature since April 2020, a time when virtually everything was happening remotely. Spotify’s Soundtrap finally joins the party. 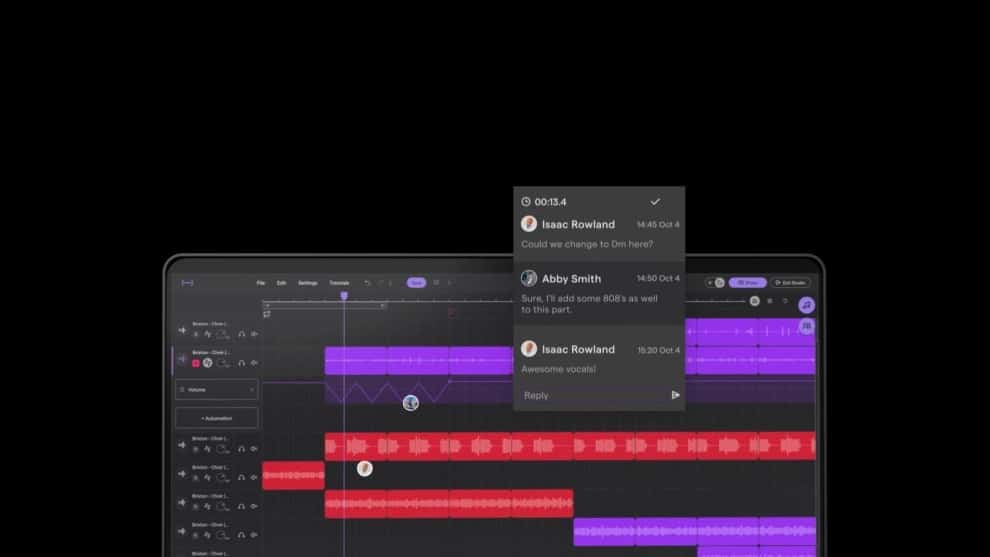