Bulova is in the watchmaking business, but the brand also has a secret passion: music. Maybe it’s not that secret, actually. Its history is deeply linked to that of music; Sound and its innate power are built into the foundation of the brand, beginning with one of its many groundbreaking inventions, the Accutron. Famously billed as the world’s first all-electric watch, this marvel was achieved when the mechanical balance wheel that helped keep time was replaced with a 360Hz tuning fork, a mini version of the type used by musicians to ensure that their instruments were properly on the sidelines. . For this reason, the Accutron was often recognized by the fact that it did not tick, but rather buzzed.

Bulova’s passion for music doesn’t stop there. The company also invented the clock radio, merging music and timing into one handy device (there’s also this cute musical wall clock). The brand, which has long been far-sighted when it comes to advertising and marketing opportunities, went on to forge major partnerships with major shows and music awards companies and even released a special watch as part of their collaboration with the Latin Grammys. And that’s before we even get into the deep affection that Bulova has garnered among musicians, evidenced by a collection of watches that celebrate Frank Sinatra, named after some of his most iconic songs, including The best is yet to come.

Last September, the brand made another bold move that demonstrated the depth of its dedication to the world of music: an exclusive partnership with multi-award-winning global superstar, Marc Anthony. Known for his sizzling, syncopated salsa tunes, Anthony brings a touch of glamor and dynamism to this capsule collection of four striking wristwatches. That he is the epitome of the brand’s Bold At Heart campaign, which highlights the overlap between artistic finesse and technical wizardry in watchmaking, is just icing on the cake. 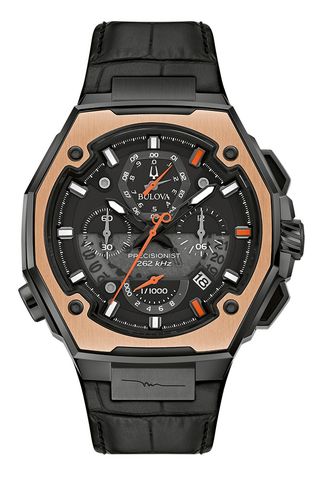 Like any good relationship, this collaboration helps us see each part in a new light. With legions of fans and millions of streams, Anthony has long established himself as a powerful performer and ambassador of Latin culture, and he has stadiums full of screaming fans to prove it. This collection shows an unexpected new facet of him, as an esthete and connoisseur. “I love and always will love music, but I have also been immersed for many years in the world of design, painting and the arts in general,” he says. “It was a dream of mine to work with a historic and innovative brand like Bulova to create timepieces, because I appreciate their beauty and craftsmanship.”

Take, for example, the arrogance of the Marc Anthony Series X, timepieces with a faceted construction in black ion-plated stainless steel that echo the artist’s refined, fiery and sensual work. One model features a diamond-accented dial, brushed finish and date display, topped with orange fire cone accents at the one, three and five o’clock marks, numerals that hold special meaning to Anthony. Something for the lover of flashier watches, the other Limited Edition Marc Anthony Series X Men’s Chronographlimited to just 531 pieces, features flashier touches like its 18k rose gold bezel insert, luminous watch hands and markers, and a translucent opening in the dial to give wearers a glimpse of the chronometer’s inner workings. 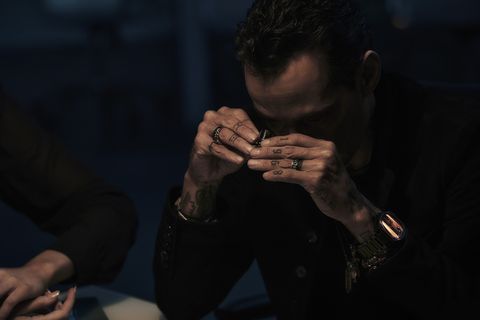 Plus, there are two watches designed for women (which should please Anthony’s very dedicated female fanbase). These come in slimmer silhouettes, evoking something akin to a delicate bracelet, and are rendered in gold-tone or rose-gold stainless steel. They also feature the one-, three-, and five-digit orange interior markings, as well as a bracelet made up of elegant interlocking links; on the back of the case is an alluring detail – an engraving of the phrase “valió la pena” (it was worth it, in Spanish). 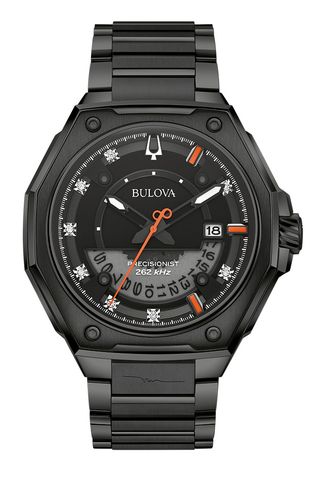 “I’m enjoying the whole experience, from my first sketches to the final product,” Anthony said of flexing his creative muscles in this exciting new space. “I’m really excited to create iconic pieces that really mean something to me. I feel like a kid playing in a sandbox, but with the utmost seriousness, curiosity and greater detail.”

It’s a new art form for Anthony to explore, and he does it with the same talent and passion he brings to his music. “There are very few artists alive who have the power to move and elicit emotion like Marc Anthony,” says Jeffrey Cohen, president of Citizen Watch America, owner of Bulova. And he’s right – few people can use their skills to reach as many people as Anthony, making them feel like every note was written for them. It’s a gift to mix emotion and technical mastery in this way, and Anthony does it, first in his music, and now with his watches.

Berlinger is a freelance writer based in Brooklyn. Her work has been featured in The New York Times, Bloomberg Businessweek, Los Angeles Times, Business of Fashion and others. He’s probably wasting time on Twitter right now